We believe that you should only print the things that matter.

This is because wasting ink, paper and toner willy-nilly is not just costly financially, but it has a negative environmental impact.

The adverse affects caused the production of paper are collectively known as paper pollution. Here are a few ways paper pollution is threatening the health of our world.

The demand for paper has resulted in the devastation of the Earth’s last remaining natural forests, which in turn has endangered many species of wildlife. Forests, particularly in developing countries, have been decimated in the search for cheap wood to make into pulp.

Forests are essential for maintaining the world’s abundant biodiversity. However our quest for cheap materials has meant populations of rare wildlife such as tigers, elephants, rhinos and orang-utans have been pushed to the brink of extinction simply because we have killed their natural habitat.

And while some timber is grown in well-managed plantations, too much is still illegally logged.

Some paper mills discharge pollutants into surrounding water. This not only damages water-based ecosystems but threatens the health of the people who live near by and depend on the water to drink.

The introduction of new technology has dramatically reduced poisonous water emissions. However, there are huge discrepancies between the take up in the developing world compared to the Western.

The paper industry is the fourth largest user of energy in the world. Nitrogen dioxide, sulphur dioxide and carbon dioxide are all emitted during the manufacture of paper. The first two contribute to acid rain, while carbon dioxide is a greenhouse gas responsible for climate change.

Discarded paper accounts for 35% of landfill sites. In the US alone, 71.6 million tons has been dumped in huge waste mountains. Site managers try to cope with daily deliveries of waste paper through incineration. However burning can release carcinogenic fumes if the ink, dyes and polymers printed on the waste paper are toxic.

How we can reduce our environmental impact

We can all work hard to reduce the environmental impact of paper and printing, from the comfort of our own homes. Here’s how: 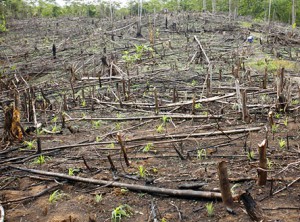 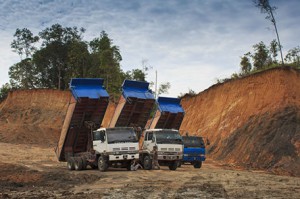