24 HOURS IN THE LIFE OF BRISTOL

Modern day Bristol has been captured in a 24-hour social experiment. A team of more than 20 professional and amateur photographers joined forces on Saturday 19th August 2017 to capture the city and its people, creating a visual library of what Bristol stands for in 2017.

We have worked with artist Nathan Wyburn to create a lasting testament to our A Day In The Life campaign. He has created a mosaic using the images we captured in August 2017 that pays tribute to Clifton Suspension Bridge, which received the most votes in our poll.

You can now view the artwork on public display at Bristol Metropolitan University.

What happened on the day?

The photographers generated around 1,500 images from 2am Saturday, August 19 to 2am Sunday, August 20, documenting the length and breadth of Bristol, from the city centre to Clifton and Parkway to Temple Meads.

The resulting images brought to life everything from awkward altercations to friends hanging out and even a wedding, along with colourful communities and the alcohol-induced absurd.

Over the course of the day, the team recorded:

Hundreds of motorcycling enthusiasts congregating for the Bristol Bike Show

Revellers making the most of the city’s night time economy

A Day In The Life, is fast becoming a firm fixture in the photography calendar, following on from its success in Manchester in April.

WHAT HAPPENED TO THE PICTURES?

When we received all the images from the day, Mark’s job really begun as he worked with Nathan Wyburn, an acclaimed artist to turn them into a work of art.

Nathan has created a lasting testament to our ‘A Day In The Life’ campaign with a mosaic using all the images captured on the 19th August 2017 of Clifton Suspension Bridge, Bristol’s iconic bridge spanning the Avon George – as voted for in our poll by you.

You can now view the artwork which is on public display at Bristol Metropolitan University.

A full gallery of images will also be available here, and on our dedicated Flickr site. 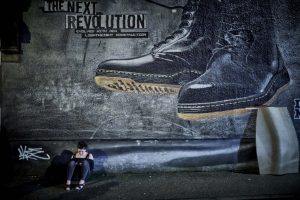 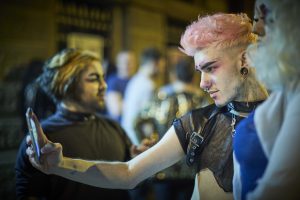 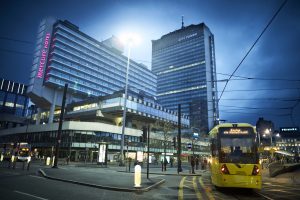 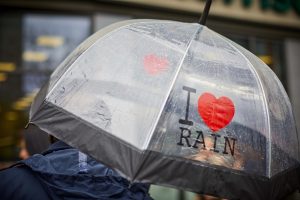 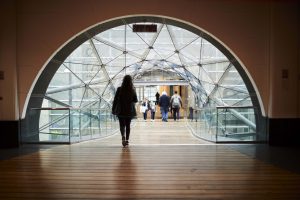 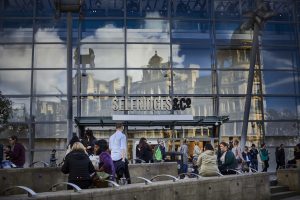 Want to get involved but don’t know where to begin?

Mark has given us some top tips for street photography below:

1.  Always use manual if your camera has the option, the program modes have improved but you’re the photographer so take control of your cameras exposure.

2. Try and spend a second looking around the scene just before you press the shutter.

3. Have your better work printed, digital is great but prints are better.

4. Find an image that you like and have a go at making your version.

6. New gear isn’t going to make you a better photographer, so use what you have but get out and get the experience.

7. Think about the subject but the background is just as important.

8. Use your camera so much that you can change feature without thinking.

10. Be nice to everyone you meet, even if they start off aggressive, a smile and a calm chat can win someone around, doing street photography you will get into trick situations.

Mark will be hosting a workshop on 19th August to give you all you need to get out onto the streets of Bristol with confidence that you’ll capture the perfect picture.

Check out these pictures that Mark took earlier this year in Manchester for some inspiration. 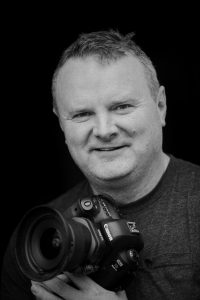 Edinburgh born, Manchester based Mark Waugh started his photography career as a photographic printer, becoming the personal printer to Brian Ollier portrait photographer. Between assisting commercial photographers Mark become the darkroom assistant at the South Manchester Reporter, working as a photographer in the evenings and weekends. Soon he was a full time staff photographer, for all the papers newspapers and magazines.

Moving on to the Manchester Evening News in the 1990’s , Mark soon made a name for himself gaining national press awards and a reputation for creative artist photography.

The down turn in the print media industry meant the MEN had to lose its staff photographers, but the then editor fought to keep Mark as the only staff photographer on the paper. Carrying on winning awards and building his reputation.

Today Mark is a premier photographer working freelance for newspapers, commercial clients, and his love of design has taken Mark into architectural photography.

A Day In The Life

Check out the other cities which have taken part in the A Day In The Life series: