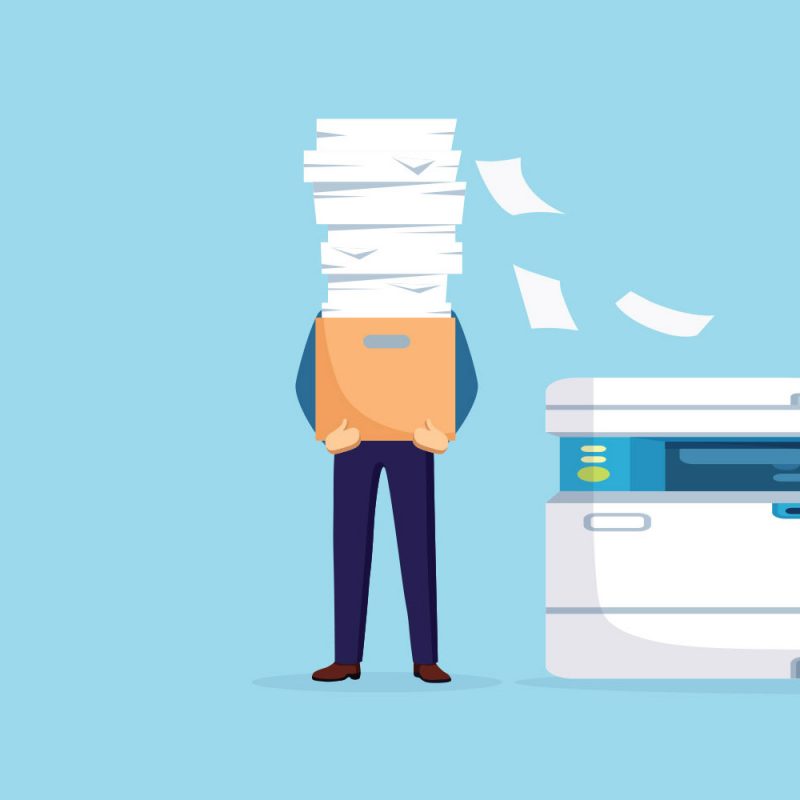 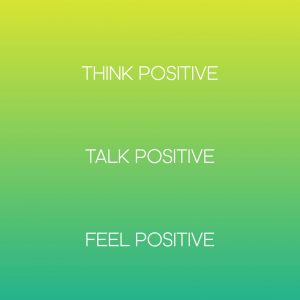 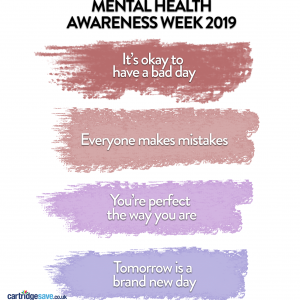 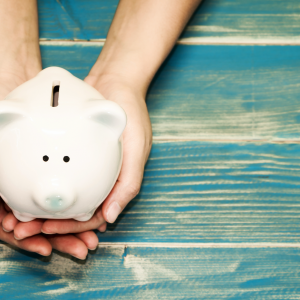 In January Cartridge Save decided to conduct a survey to gather statistics surrounding what businesses use their office printer for – and just how many people rely on their office technology to print off personal items.

We conducted the survey with Censuswide UK – gathering 2,500 office workers to really get into their minds and daily working lives.

The idea came after it emerged two thirds (67 per cent) of Brits cite looking for a new job as a New Year’s resolution for 2020 (source CV Library).

With thousands of businesses based all over the UK it was important we surveyed a variety of office workers – from juniors just out of college in London to long standing employees nearing retirement in Northern Ireland.

We know the drill – it is sometimes just a simple case of convenience for office workers – they spend half their lives in the office so it’s a no brainer. Something important comes which they need a paper version of and they turn to their office printer.

But there is a cost to everything and we’re all too aware of the financial impact printers, ink and accessories can cost a business.

According to our data, three quarters (77 per cent) of office workers admit they print off personal items at work. 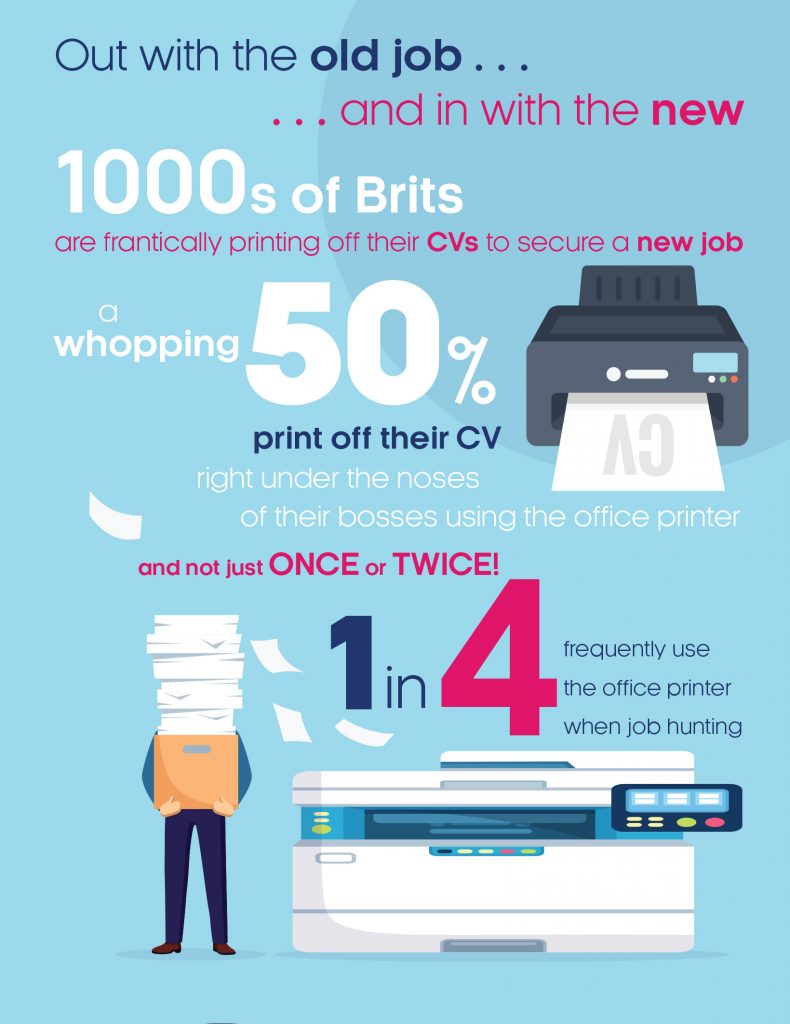 The most commonly printed item was their CV with HALF of office workers (50 per cent) admitting to printing off their CV right under the noses of their boss.

Following closely behind, however, was travel tickets – with 45 per cent admitting they use an office printer for holiday admin.

Other common items printed off in office time- and at a cost to their employers – emerged as concert tickets (42 per cent), interview documents (38 per cent) and photographs (16 per cent).

And it’s not just once or twice – with more than one in four (28 per cent) Brits revealing they frequently use the office printer when looking for a new job.

And the data revealed a quarter (24 per cent) of those printing out their work records do so during a lunch break. A sneaky one in ten (11 per cent) of us leave printer misuse until the boss is in a meeting, while 21 per cent said they come in early to make use of the printer.

One in three (30 per cent) revealed have been caught out for printer mis-use – a quarter (26 per cent) said getting caught printing off their CV or a new job application led to a pay rise. 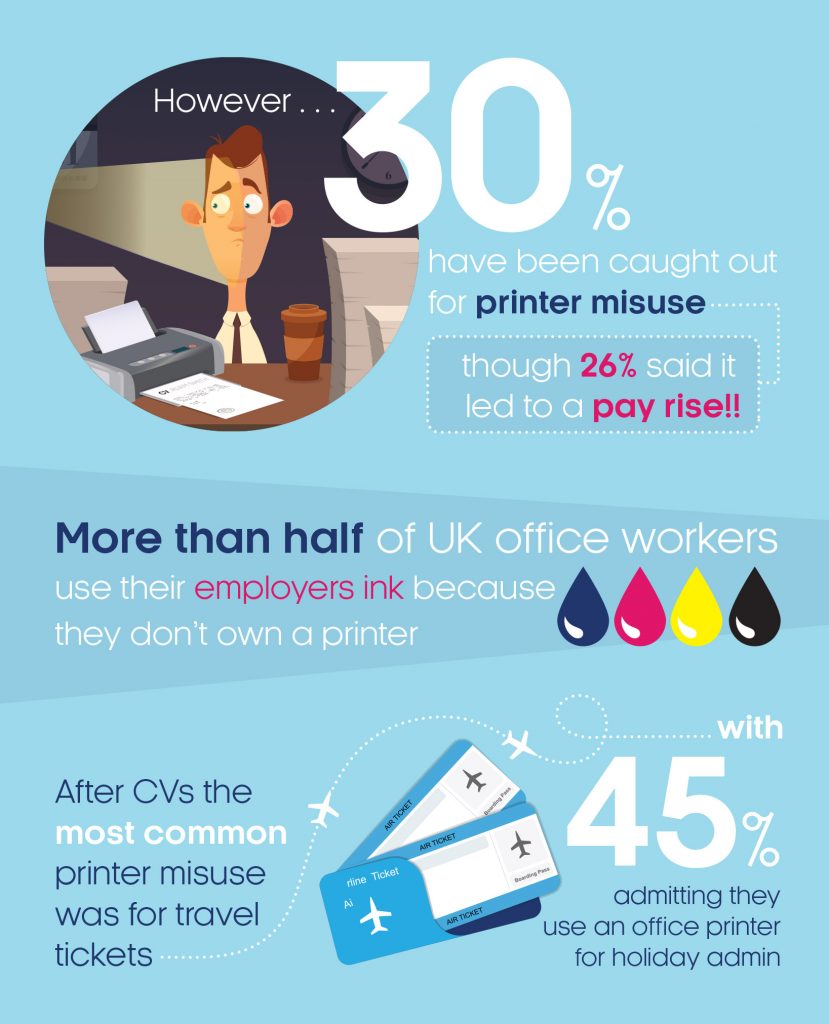 The survey by printer firm Cartridge Save revealed half of office workers (54 per cent) around the UK use their employer’s printer ink because they don’t own a printer.

Almost one in five (18 per cent) said they do so to get back at their boss and those that like to keep things hidden from their other halves (13 per cent).

And it could be a daily occurence – with 38 per cent of office workers admitting they print personal items off up to FIVE times a week.

Cartridge Save estimates that on average this kind of personal use of printers could cost employers £85 per person per year.

On average people print off 11 pages of personal information – and at 5p per page the cost per employee per year is £85.

Multiplied by an average of 50 employees for a medium-sized business could cost upwards of £4,292.

But it doesn’t go unnoticed – with nearly a third (30 per cent) of managing directors issuing verbal warnings or sacking employees for printer misuse.

However a quarter (26 per cent) of office staff who have been caught revealed they had been rewarded with a pay rise when their employer caught them printing off their CV.

And 21 per cent of those who have been caught out using the printer for personal use (30 per cent) said there had been no consequences. 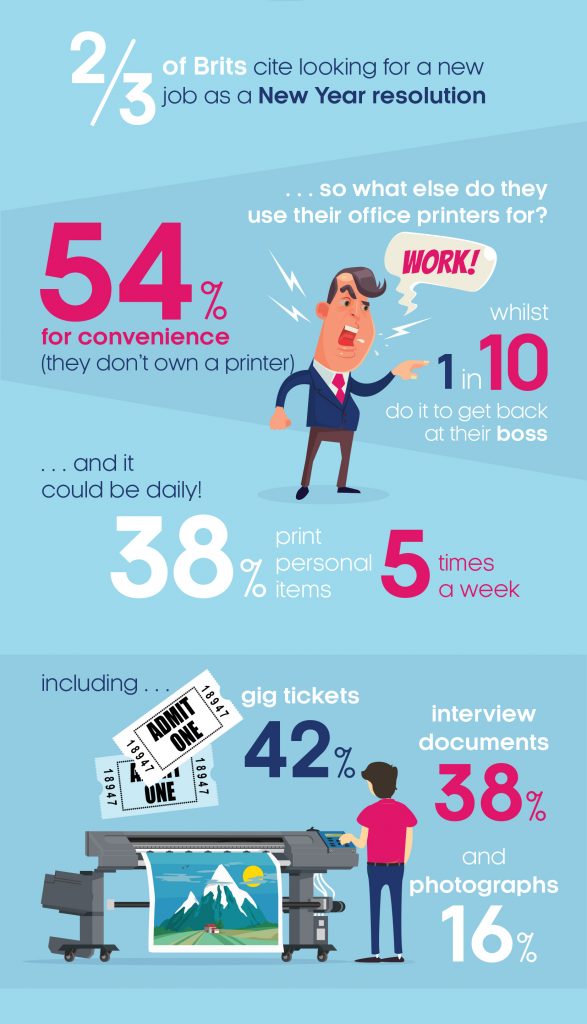 While most people (88 per cent) have never had the misfortune of catching a colleague or employee printing off ‘outrageous’ items – 8 per cent revealed the unfortunately amusing incidents they had witnessed.

Ian Cowley, MD of Cartridge Save said: “It has been an unwritten rule in lots of businesses for a number of years now that employees use the printer. Most bosses do tend to turn a blind eye – but it is worth adding up that cost to the business. It could equate to staff bonuses, a pay rise or an office social. Equally it is easy to see why office workers do take advantage of the office printer – it’s convenient and obviously not at a cost to them.”